Los Angeles, CA—On July 9, 2019, recording sessions commenced on Dharmaland, the suite of songs composed by Eden Ahbez between 1961 and ’63, but never recorded or released during his lifetime. Swedish quintet Ixtahuele has now arranged and performed the lost project for the first time ever, and they were joined by a host of guests, including nine of Ahbez’s friends and former collaborators, as well as singers Kadhja Bonet, Xenia Kriisin, and King Kukulele (among others). The composer’s own handmade drums and bamboo flutes also appear throughout the recordings.

Dharmaland was originally conceived as Ahbez’s follow-up to Eden’s Island (1960); yet because that album sold less than a hundred copies in its initial run, and because the composer’s wife contracted bone cancer in 1961, Dharmaland never got past the sheet music stage. That is how yours truly (Brian Chidester) found it in 2009 when I went through the Ahbez copyright files at the Library of Congress in Washington D.C. and discovered a large cache of interrelated songs and mini-suites.

From 2009-2017, I researched, demo’d, and contextualized these and other lead-sheets written by Ahbez, eventually settling on a dozen or so tracks from 1961-63 whose themes fit together lyrically and musically, and came up with the idea of the Dharmaland suite. I developed the concept with a number of contemporary artists throughout the years, yet it wasn’t until 2018, when I made contact with Ixtahuele and their label, Subliminal Sounds, that I found a group who could take the project to the next stage (i.e. into production).

With four acclaimed LPs to their name, Ixtahuele has forged a musical identity based in the style of Martin Denny, Eden Ahbez, and other 1950s tiki/exotica auteurs. They are, by almost any measurable standard, the top exotica group in the world today. I feel no hesitation in saying that.

As for the guest artists, we have present on the Dharmaland recordings: Anne Rainwater, a distant blood relative of Eden Ahbez and a classically-trained pianist; John Harris, the vocalist on Ahbez’s 1963 recordings of “Monterey” and “Overcomers of the World”; Dave De La Vega, the engineer/producer of Ahbez’s 1971 recordings “Divine Melody,” “Richard Milhous,” and “The Clam Man”; Emil Richards, the marimba player on 1960’s Eden’s Island and one of the most celebrated melodic percussionists in jazz and popular music history; Youngbear Roth, who was mentored by Ahbez in the 1970s and became a published poet and yoga therapist during the eighties; Mort Weiss, who as “Mort Wise & the Wisemen” recorded Ahbez’s “Wild Boy” in 1958; and Joe Romersa, Ahbez’s longest collaborator and the engineer who worked with the composer on his final project, titled The Scripture of the Golden Age.

Dharmaland, like Eden’s Island, is a musically-cohesive work that is rooted in exotica, with themes and melodies modulating and repeating throughout the suite. “It is to Eden Ahbez what Smile was to Brian Wilson,” says music historian Domenic Priore. Yet it is also a deeply spiritual and sincere work; one which builds on the complexity of melody and emotion in Ahbez’s work up to that point. Ixtahuele took these songs to another level with their technical proficiency and wonderfully creative arrangements. I think you’ll agree (when you finally get to hear it) that it is both classic Eden Ahbez and totally modern in feel.

Dharmaland is slated for release on vinyl, download, and streaming by Subliminal Sounds in early 2020. A numbered special edition of the LP, with bonus tracks, will also be released as part of a crowdfunding campaign for my documentary As the Wind: The Enchanted Life of Eden Ahbez (co-directed with John Winer). Press is welcome to interview the participants. Inquiries should be directed to Stefan Kéry at stefan@subliminalsounds.se. 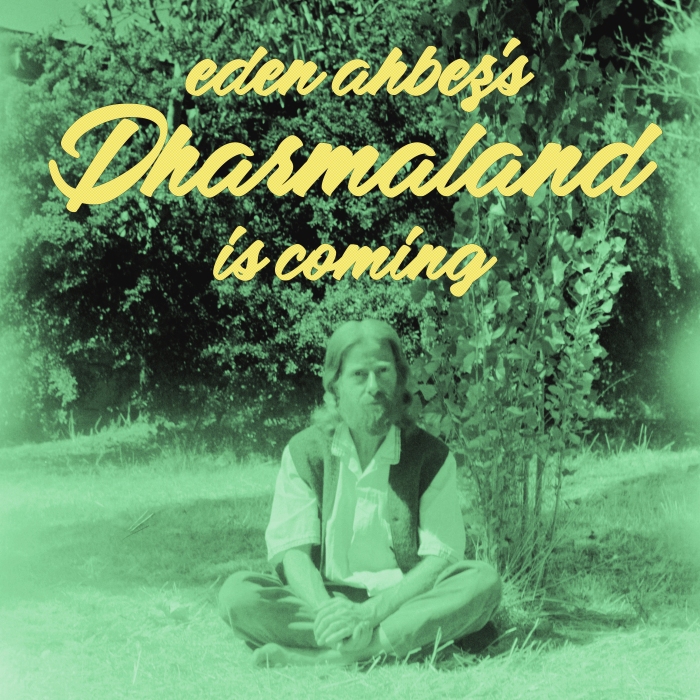 One thought on “NEWS: Dharmaland Is Coming”